Some egg heads at Oxford University have been developing a driverless version of the Nissan Leaf electric car using an Apple iPad mounted on the dashboard. Essentially then, you will have your very own personal chauffer, most likely by the name of Siri, though we are unsure as to whether or not Siri will legally be allowed to send a text for you whilst driving your car.

The system works using mini cameras and lasers installed into the cars body which can detect nearby objects and obstacles in the cars path, and avoiding the appropriately, this is preferable to a system which works on GPS and is more prone to getting muddled up. They are still very much in the testing stages of the model and are in the process of teaching the robotic system the ins and outs of complex traffic flows and the best routes to take, something which most humans have not grasped. 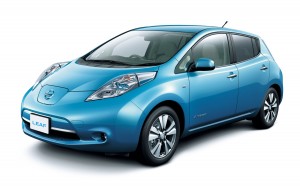 Taking into account the cameras and all the extra car parts involved, if you were to install the system now it would cost £5,000, though they are looking to reduce the cost to as low as £100 in the future. We hate to think what all these extra electronic parts will do to service and MoT prices, though it should make motoring safer, and in turn slash insurance costs.

The Nissan Leaf currently costs between £25,000 and £30,000 to buy as new. Used models which are just a year or two old can be picked up for a little over half the price however. You can find used listings for the Leaf at CarSite.co.uk.

by admin on March 15, 2013 in Driverless Cars
Previous Entry: The All New Infiniti Q50
Next Entry: Saab

My name is Tony Byers and I am head of The Byers Group.

The Byers Group is a family run, non-profit organisation which provides web surfers with the latest automotive news as well as opinionated car-talk blog posts. I drive a Toyota Prius but I still love a good Muscle car or 4x4.