You are here: Home / The All New Infiniti Q50

The All New Infiniti Q50

Infiniti has unveiled its all new Q50 saloon at the Detroit Motor Show, prior to its launch in the UK later this year. 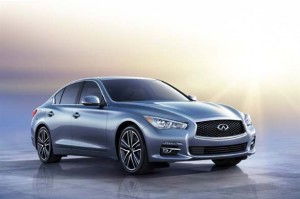 The model is the first one in the Infiniti range to be launched using the company’s new naming scheme, and is set to go into direct competition with the Audi A4 and the BMW 3 Series.

The compact executive car has been confirmed as being available with two engines – there is a 3.7 litre V6 petrol unit and a 3.5 litre engine mated to a hybrid system. The luxury vehicle division of Nissan claims that there are also two more engines on the cards, although they’re currently tight-lipped on the details. A diesel option seems very likely – one would be needed to make a serious impact on the British market. 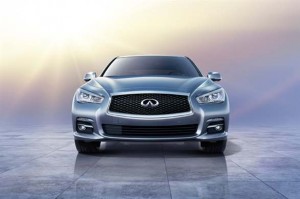 All engines will be mated to a 7-speed automatic gearbox, available as either a rear-wheel drive or all-wheel drive. Reliability is expected to be typically strong, which should keep MOT and servicing costs to a minimum.

It is clear that Infiniti have focused on comfort and practicality as well as performance – the cabin of the Q50 boasts more headroom and legroom than that of the G37, in addition to 60 litres more space in the boot. 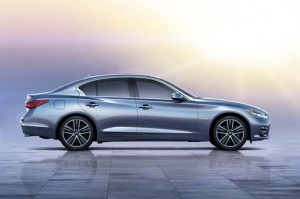 The Q50 certainly hints at a new direction for the company and the senior vice president, Shiro Nakamura, had this to say: “The new Q50’s athletic and tightened appearance blends its lower and wider proportions with enhanced interior roominess to stunning effect inside and out.

“Moving forward, we want all Infiniti vehicles to reflect an energetic force rooted in nature, such as the shape of a dynamic wave.”

The model will make its full debut at this year’s Geneva Motor Show in March. 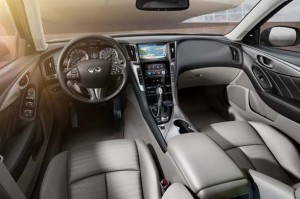 My name is Tony Byers and I am head of The Byers Group.

The Byers Group is a family run, non-profit organisation which provides web surfers with the latest automotive news as well as opinionated car-talk blog posts. I drive a Toyota Prius but I still love a good Muscle car or 4x4.